This hasn’t been confirmed yet, so take this news with a pinch of salt.

A Gigabyte GTX 1080 ITX graphics card has appeared on the Videocardz.net website, it looks to be based on the same design as Gigabyte’s GTX 1070 version which measures just 169mm in length and 131mm in height. Release date and pricing is currently unknown, the card is said to have a core clock speed of 1632 Mhz with a boost speed of 1771 Mhz across 2560 Cuda Cores, combined with 8gb of GDDR5X RAM.  Page link below:

If this turns out to be the real deal then its potentially huge news for those who want to squeeze even more performance out of the ultra compact LZ7 chassis.  It seems likely that this will be released though, a Gigabyte rep let slip back in June to one of the SFF Network staff members that they were working on a small GTX 1080 to fit inside their upcoming SFF eGPU enclosure, read more in the full article HERE.

I’ve been running Gigabyte’s GTX 1070 ITX graphics card in my own system for around a year now, its been a great little card providing more than enough gaming horsepower for my needs (I only have a 1080p monitor!), it delivers a flawless experience in my current favourite game Player Unknowns Battlegrounds.   The 1070 runs fanless when idle and is fairly quiet during gaming when the fan profile is set to ‘silent’ mode. 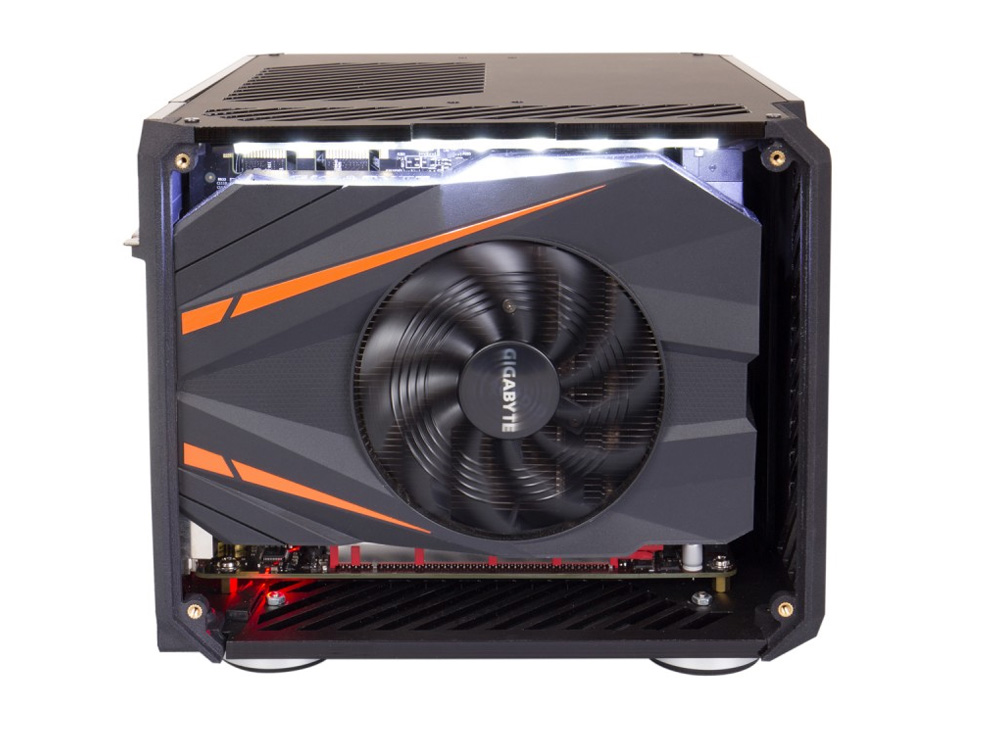 During 100% stress testing the card can maintain a boost speed of around 1750Mhz with the 92mm fan spinning at around 1550 RPM and a GPU temp of 82C, which is pretty good for a 150W TDP card given the fan RPM and noise level.

My only concern is that it doesn’t leave much headroom for the card to stay quiet, or maintain healthy boost speeds if you were to increase its power usage, for example up to a GTX 1080 level.

I am hoping that Gigabyte have made some improvements to its cooler design to handle the extra load/heat that a GTX 1080 will push through the single fan mini cooler, perhaps they may have taken some pointers from MSI’s more recent AERO ITX cards which have superior cooling performance for the same size of card. 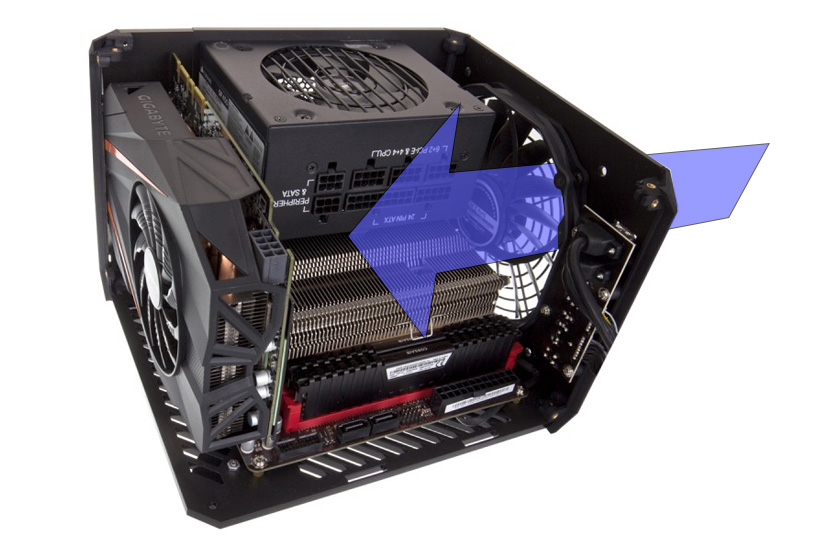 Right now my recommended Graphics Cards of choice are MSI’s Aero ITX card range, particularly their top model the GTX 1070 AERO ITX.  It has received an overwhelmingly positive reception from many reviewers across the web, praised in particular for its low temperatures and quiet operation during gaming when compared to the competition.

Jay from Tek Everything was impressed with its performance inside the LZ7, as can be seen in his LZ7 video review.  For a more detailed review of the MSI GTX 1070 AERO ITX card itseld, take a look at Tek Everything’s review below, I was shocked to read that out of the box the card auto boosts up to a staggering 1936 Mhz: