Noctua recently released an updated version of the NH-L12, replacing the dual fans (92x25mm + 120x25mm) with a single 120x15mm fan. Other changes include an increase in height of the heatsink up to 70mm (was 66mm) to allow fan clearance above standard height RAM.

I ordered one for 2 reasons, firstly to see if it would fit inside the LZ7 when using an SFX PSU, and secondly how well it performs against its predecessor and other popular coolers such as the Scythe Big Shuriken 2 (SBS2).

Let’s take a look at the cooler fitted to the MSI B250i Gaming Pro: 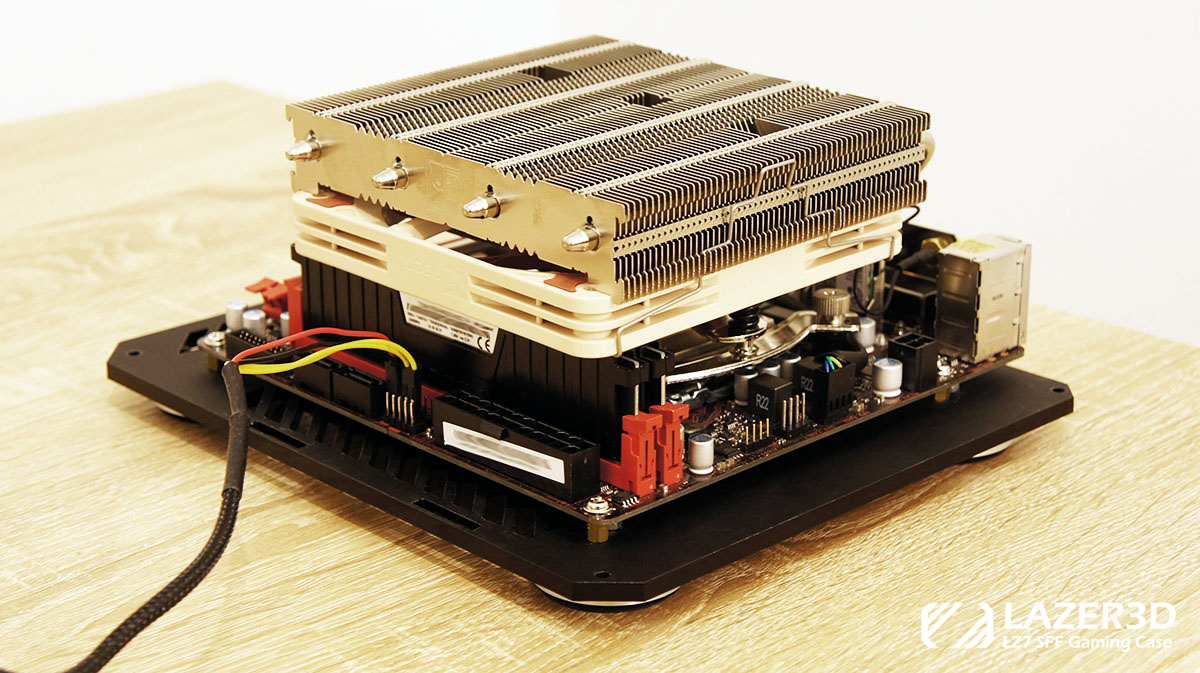 First point to make about the NH-L12S is the included fan clears standard height RAM, this allows it to be fitted in any orientation so long as the heatpipes don’t interfere with other components. For instance the heatpipes interfere with the RAM on this motherboard, but it can be fitted in any of the other 3 orientations. I selected this setup so the heatsink fins were parallel with the airflow from the case fan.

Here you can see the heatpipes which clear the motherboard rear IO: 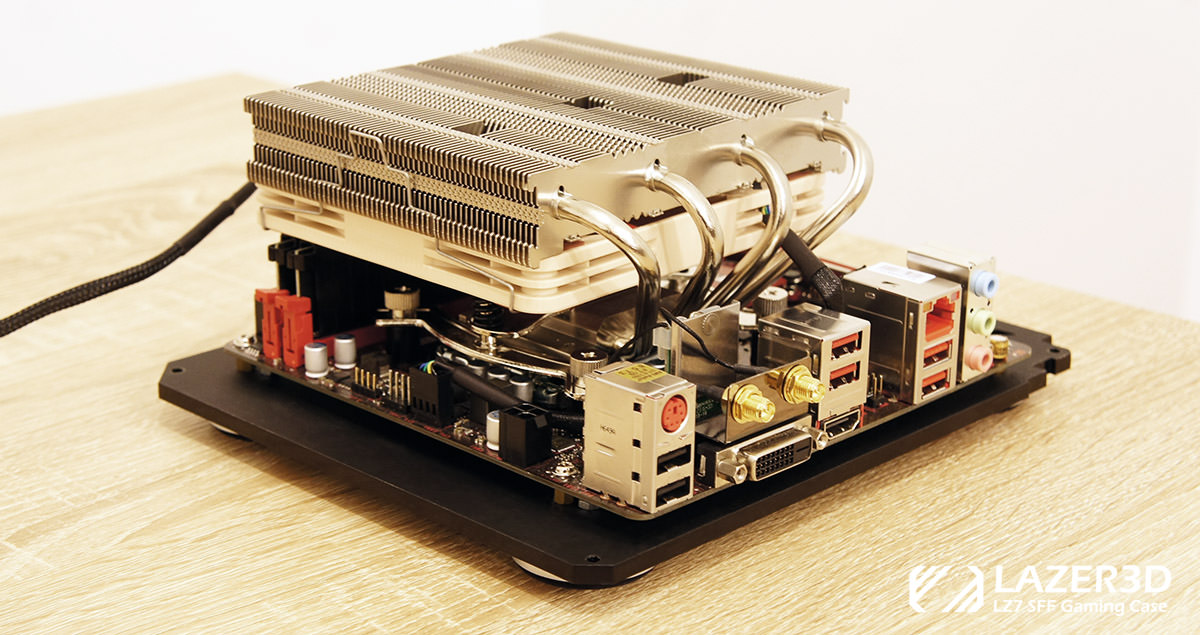 With the Corsair Vengeance LPX RAM the rubber pads on the included Noctua NF A12x15 PWM fan rest on top of the RAM module heatsink, there is no distortion of the heatsink, it is literally the perfect fit: 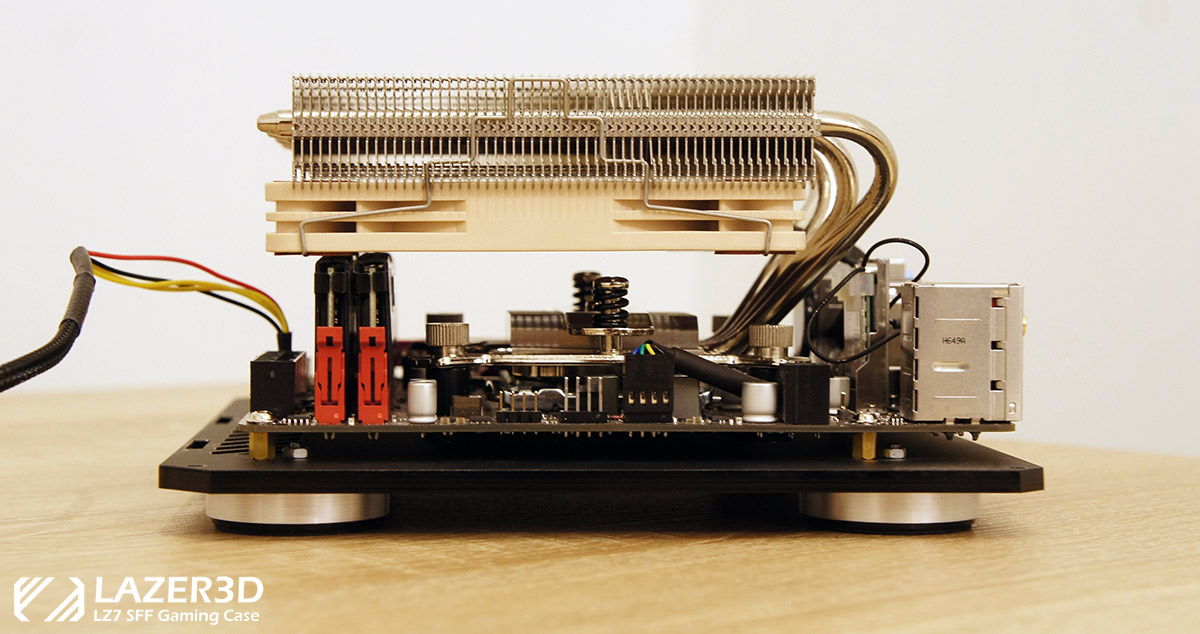 The next interesting point is that the Noctua fan comes installed as standard to push the air up through the heatsink rather than pull down through the heatsink like its predecessor. This is an important point with motherboard airflow which I will talk about more in a bit: 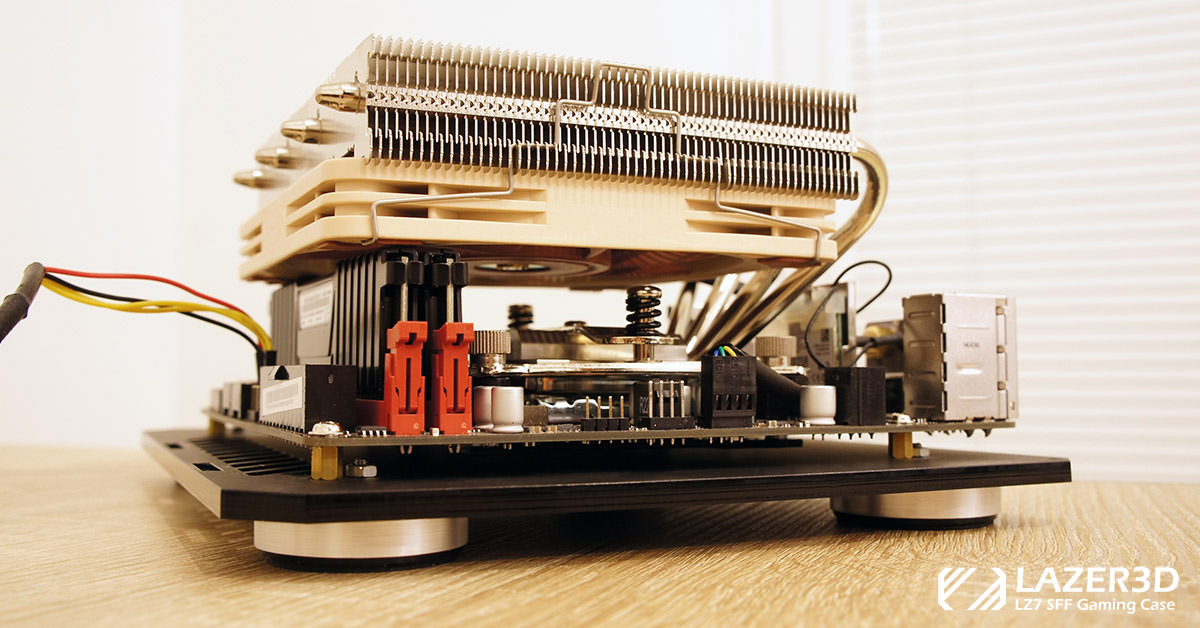 So onto the first important question, does it fit in the LZ7 when using an SFX PSU? Yes it does! 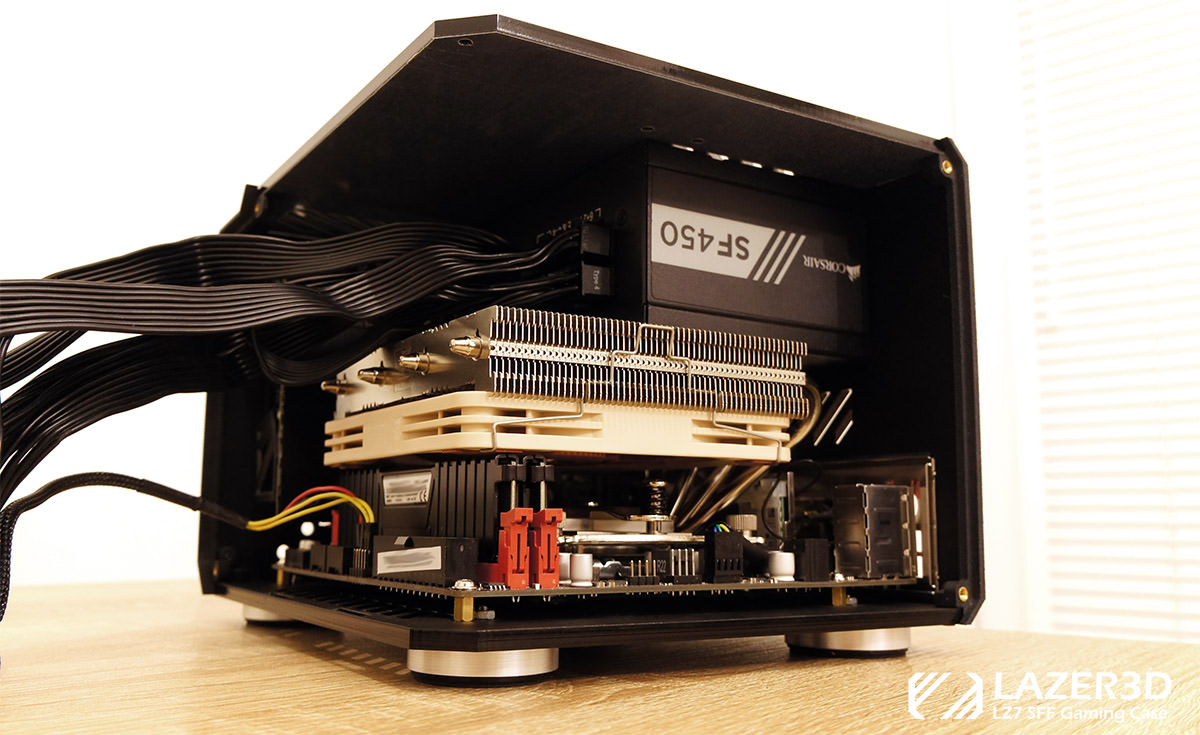 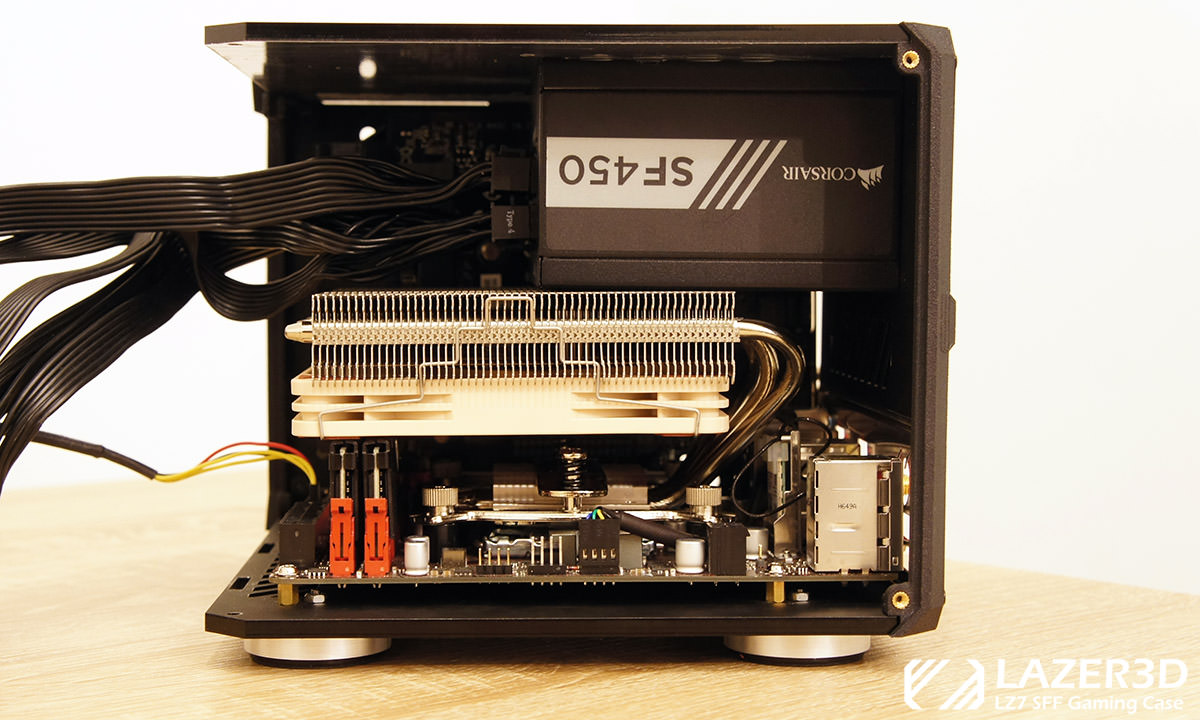 Moving onto performance, has replacing the 92x25mm fan with a 120x15mm fan made any difference to temperatures and noise? Can it compete with the Scythe Big Shuriken 2?

TEST SETUP
The system was put through exactly the same tests the previous coolers were tested with for a direct comparison. This included setting the CPU fan curve for 0% @ 0C straight line up to 100% @ 80C. The System fan was tested at a set 50% and 100% speed.

RESULTS
Here are the max temp and average noise results with the case fan set to 50%:

Here are the results with the case fan set to 100%:

CONCLUSION
With the case fan set to 50% the NH-L12S matched the NH-L12 with a noise level of 32 dB but at 6C cooler under the same test conditions.

The NH-L12S also matched the temperature of the Big Shuriken 2 when using the same fan (Noctua A12x15 PWM), but not quite when compared against Scythe’s own fan, although it should be noted that Scythe’s fan achieves this at much louder noise levels.

It was mentioned earlier in this post that the fan pushes air up through the cooler, my initial concern with this was that the exhaust heat from the CPU could heat up the PSU and cause the fan to start spinning up, but this did not happen with the PSU fan remaining off during all tests.

SILENCE TUNED
You may have noticed in the full results table was a “Silence Tuned” section for the NH-L12S, for this I decided to see what was the quietest I could get the system to run the Prime 2 threads + Unigine Valley test whilst maintaining a CPU temp of 70C.

Tweaking the fan curves resulted in a CPU fan speed of 917 rpm and case fan speed of 540 rpm, at these speeds the fans were very quiet, resulting in 27 dB sound level.

Testing this out with an actual game I played a few rounds of PUBG at 4K resolution with low settings for a resulting frame rate of about 50 fps, when paired with my G-Sync monitor it gives a really nice smooth and crisp experience, for this game I prefer detail over frame-rate. The CPU temp topped out at 61C during gaming, at this point the GPU was the loudest component resulting in a sound level of 25dB, i would describe it as a quiet low level hum coming from the GPU side of the case. Not bad at all for a heavy 4K gaming session.

CLOSING THOUGHTS
The extra cooling performance over its predecessor whilst maintaining the same quiet operation makes the Noctua NH-L12S the complete package and in my opinion the top choice sub 70mm CPU cooler best suited for the LZ7 when using an SFX PSU.